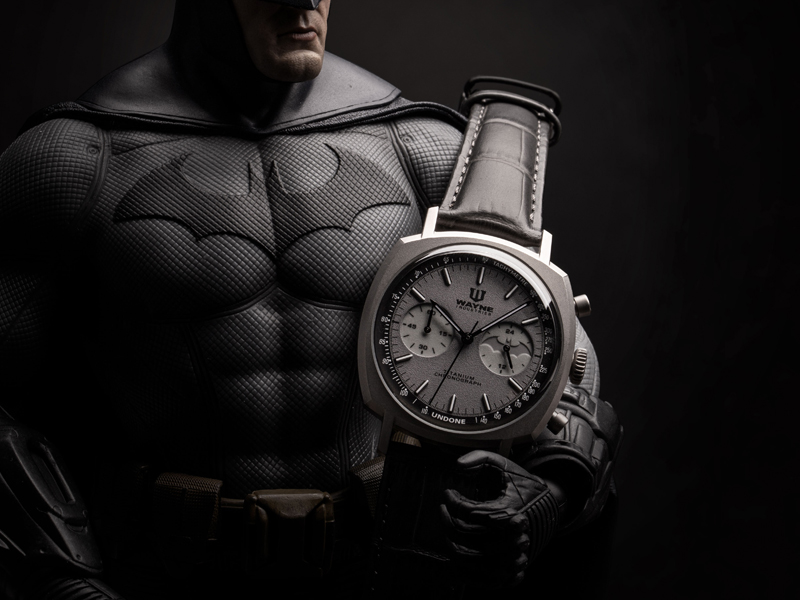 Watch of the day

Hong Kong based Undone, under a license agreement with DC comics, has released a Dynamic Duo of watches to celebrate the 80th anniversary of Batman, everyone’s favorite Dark Knight.

Undone has been thoughtfully building a niche in the custom/quasi-homage watch space with models that emulate everything from the Speedmaster to the 50 Fathoms. The X Batman collection joins existing X collabs that include a Monopoly Watch named Moneyman and designed by Stephen Bliss (Grand Theft Auto), and a Peanuts Lunar Mission watch, with a definite nod to the highly collectible Omega Speedmaster Snoopy award series. Future collaborations include Moomin (a Swedish Hippo things), Ultraman (when will they get around to Thunderbirds!) and a Peanuts watches (no explanation needed). 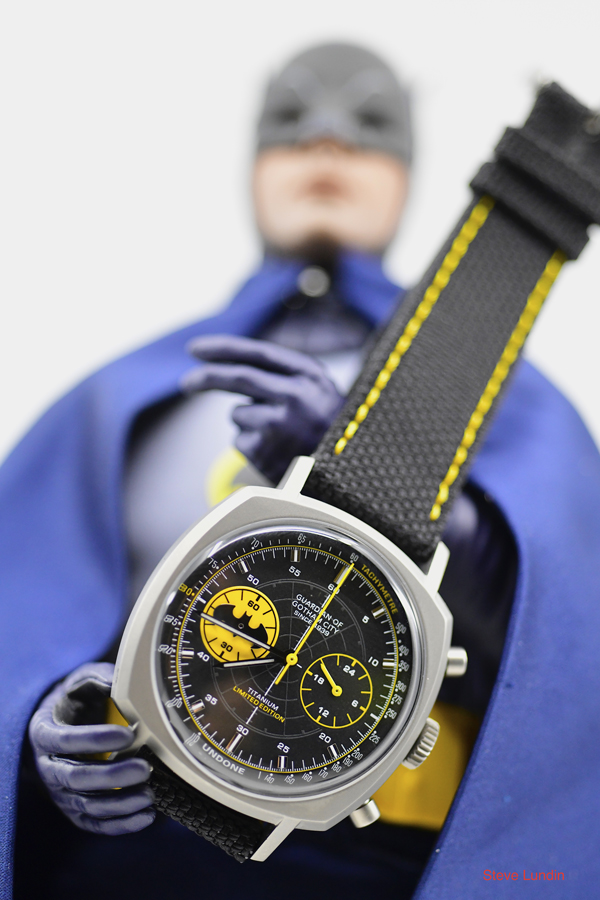 Watch tie ins with comic book characters are nothing new, and Batman leads the pack as one of the most highly licensed pieces of 20th century intellectual property. Batman’s explosive and genre launching debut began on the cover of Detective Comics # 27 (1939), carried him through the second world war, the 50’s, a massive resurgence in the 60’s with ABC’s high camp television show (in living bat-color), through the mid 80’s with the Dark Knight series, the late 80’s/early 90’s Tim Burton series reboot, then again in the 2000’s with Christopher Nolan’s three movie take on the Dark Knight. No other character, including usual suspects Superman, Captain America or even Spiderman, has enjoyed the 80 years of popularity and merchandising success as Batman, the original masked (comic book) superhero.

The Batman name has been associated with several dark themed watches over the years, notably the Rolex GMT Master II, with a blue and black ceramic bezel, named by collectors, NOT the company, and the Romain-Jerome (excuse me, R-J) licensed Batman themed watch (a limited edition available on eBay for 33% less than list). How has the Batman character and mythos lasted so many generations? Batman’s greatest contribution to the superhero genre stems from the fact that he’s not super. Alright, he’s super-rich, a super-socialite, in super shape and has the ability defy aging and is a genius, but besides that, he’s just like the rest of us – right? Like Bond, he’s flesh and blood, not powered by a spider bite, genetic mutation or bolt of lightening. So in a sense he could be any of us, on an endless quest to complete Joseph Campbell’s hero’s journey.

Character treatment watches, outside of the flat out disposable “toy” watch seem to fall into two camps: the outright novelty watch, think Swatch Flik Flak “Superman’s Back in Town,” or the branded version of an existing product, like the Casio G-Shock Avengers Series. What makes the Undone Batman collection so interesting is the treatment – it’s literally a new product that makes as much a statement as a watch as it does the wearer’s feelings about comic book characters. 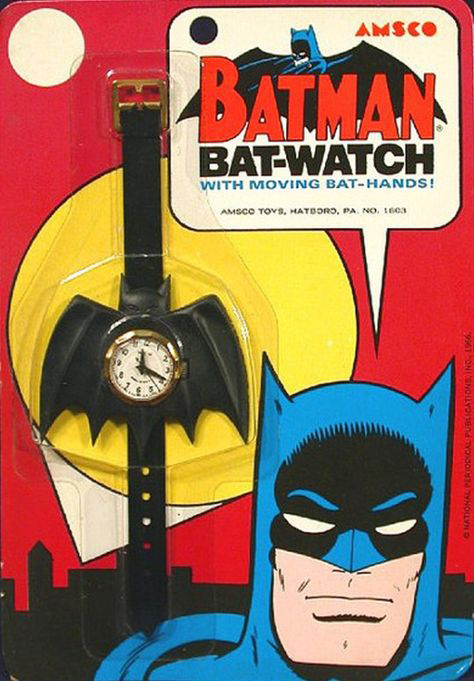 Undone celebrates what are arguably two of the milestone periods in Batman’s development arc: the 1960, bright, loud, pow, pop, bang, ziff, whoosh period and the much more sedate and monotone rebirth as penned by Frank Miller during the (now classic – my how time disappears), Dark Knight series. It’s the latter bookend that’s probably most familiar to Undone wearers, however as everything old is new again to the Millennial crowd, the camp brilliance of the 60’s series will no doubt be “discovered,” (I’d add bell bottoms, macramé and decoupage to that list as well).

Undone treatments are wrapped around the company’s first ever all grade II titanium cushion style Nautilus shaped case, with nicely domed Speedmaster type crystals, surrounded by integrated pushers for the subtle tachymeter scale surrounding the dial. Next to rose gold titanium is my go-to fave case material, it’s a great travel option and communicates “tool” sensibility without the cheap feel of polymers or plastics. The case measures in at 40mm diameter (43mm including crown) and 48mm lug-to-lug length. Both watches are powered by the Seiko Caliber VK64, a hybrid mecha-quartz movement derived from the pioneering work of Frédéric Piguet and Jaeger-LeCoultre in the mid-late 80’s, designed to instill a mechanical feel into a quartz chronograph. 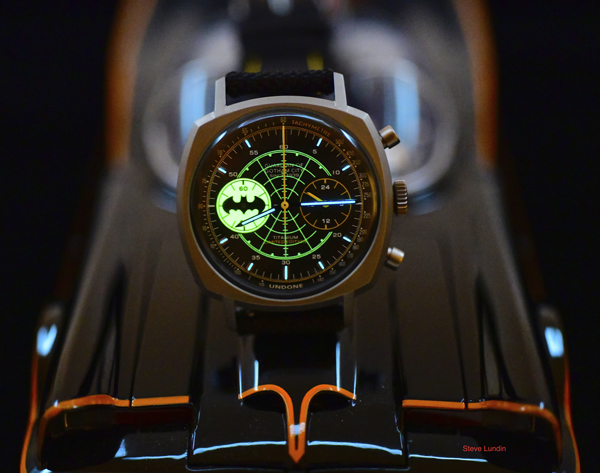 The “Caped Crusader,” features bold yellow accents on a black dial with a Batman chest plate logo at the 9:00 position. Turn out the lights and the dial reveals a green luminous detect-a-scope and Bat-Signal minute subdial that rotates as the chronograph times, crossed by the ice-blue hands and indices. Proud comic collector, vintage rerun junkie, or just plain over the top geek? You found your watch.

The “Dark Knight” is a much different animal, subdued with a stealthy grey pallet, “Wayne Industries” centered at the top of the dial and the bat signal at the 3:00 subdial. This is the watch for anyone who wants to quietly announce their Batmania fetish without parading it in anyone’s face, something Don Draper might wear if he read comic books. 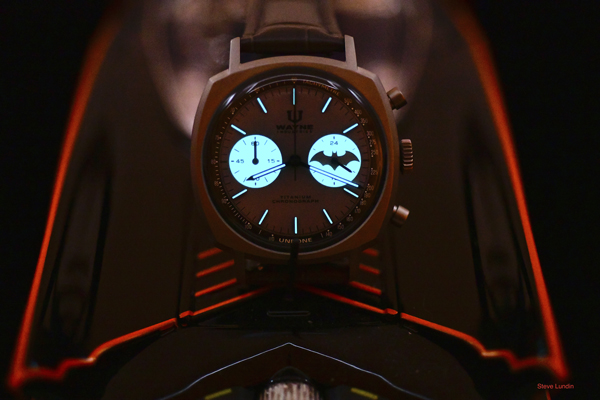 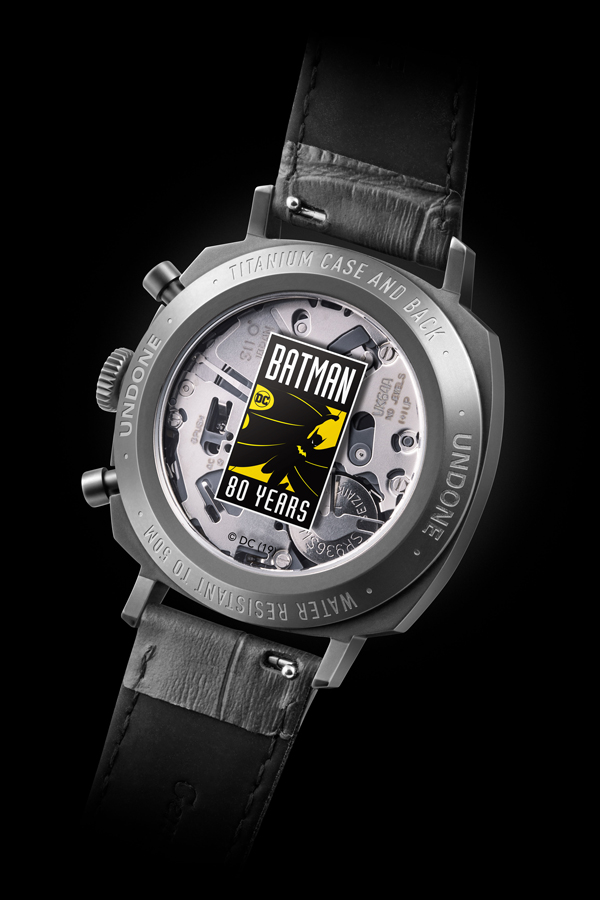 Each watch within the Undone x Batman collection retail for $359, with Undone donating a portion of the proceeds to support the work of the Hope for Henry Foundation, which helps ill children and their families.
Steve Lundin is a journalist and author who has been covering the watch industry since 1998.