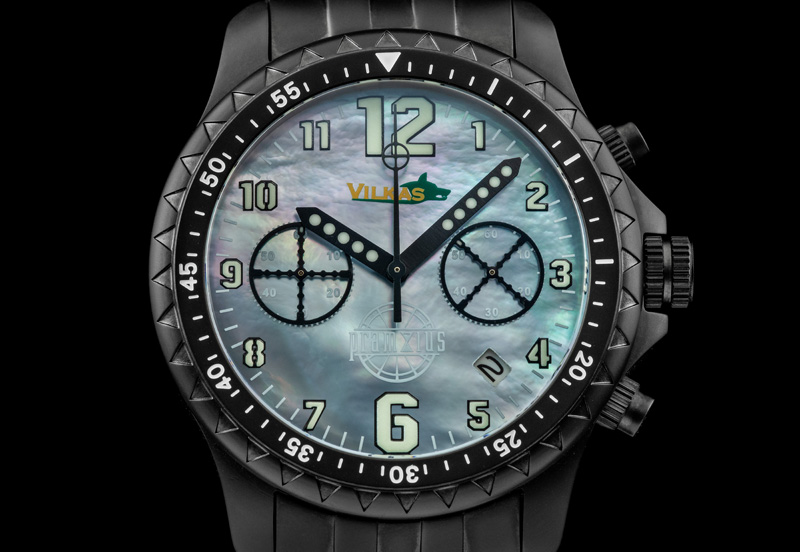 Coming off the success of their Fall of the Berlin Wall Watch, Pramzius has plans in the works for three new watches to roll out in 2019 and 2020. The follow up watch that is first on deck is a bit surprising as it is a complete departure from the first two models Pramzius successfully produced.

“Our brand identity isn’t built around one look or one watch category,” said Abe Weis, the company’s director of sales and service. “We want every watch to be an event and as a result, one Pramzius will look substantially different than another.”
If that is their goal then they succeeded with the coming Iron Wolf. If the logo weren’t on the dial, it is safe to say that it would be highly unlikely you would recognize it came from the same brand. 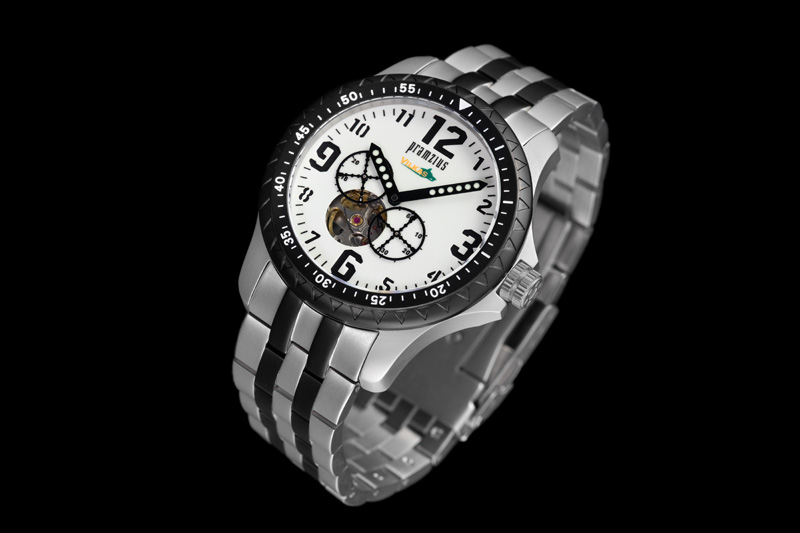 Pramzius is a Connecticut based company, but is owned by the Détente Watch Group, which has been importing watches from Eastern Europe – such as Vostok-Europe – and Russia for the better part of two decades. While US based they have keep their focus on the Baltic region with the goal to have at least some connection to one of the nine countries that border the Baltic Sea, though not exclusively so.
The Iron Wolf is the company’s first military watch and is based on Lithuanian folklore. Having been partners with Vostok-Europe out of Vilnius for 15 years it is natural for the brand owners to be fascinated with Lithuanian history.
So here is a (slightly) shorter version of what Wikipedia will tell you about this story.

According to the legend, Grand Duke Gediminas (ca. 1275 – 1341) was hunting in the sacred forest near near the Vilnia River. Tired after the successful hunt of a wisent, the Grand Duke settled in for the night. He fell soundly asleep and dreamed of a huge Iron Wolf standing on top a hill and howling as strong and loud as a hundred wolves. Upon awakening, the Duke asked the krivis (pagan priest) Lizdeika to interpret the dream.
And the priest told him: "What is destined for the ruler and the State of Lithuania, is thus: the Iron Wolf represents a castle and a city which will be established by you on this site. This city will be the capital of the Lithuanian lands and the dwelling of their rulers, and the glory of their deeds shall echo throughout the world." Therefore, Gediminas, obeying the will of gods, built the city, and gave it the name Vilnius – from the stream of the Vilnia River. 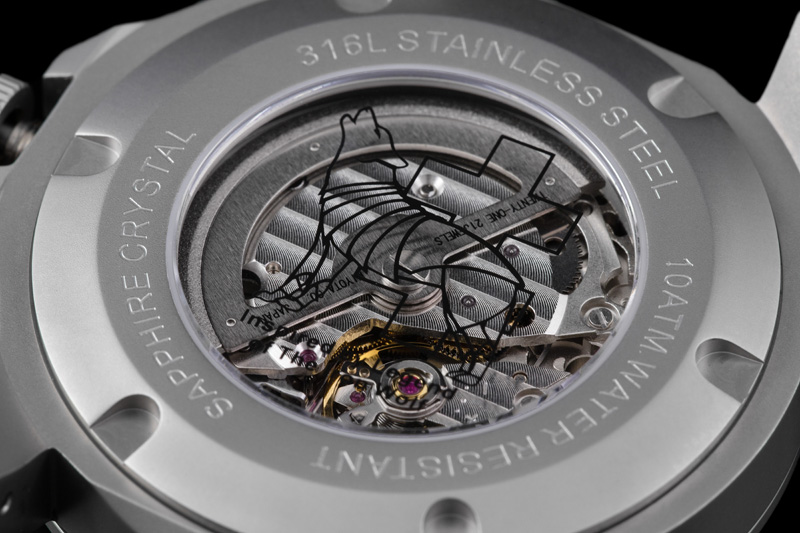 This probably won’t be the version is Pramzius’ marketing materials, but there goes. That was the original inspiration for the watch. Additionally, Pramzius developed a relationship with the company that builds the Wolf (Vilkas) fighting vehicle for Lithuania’s ground forces and the Iron Wolf will be their official watch. The logo on the dial is the logo for the infantry vehicle. 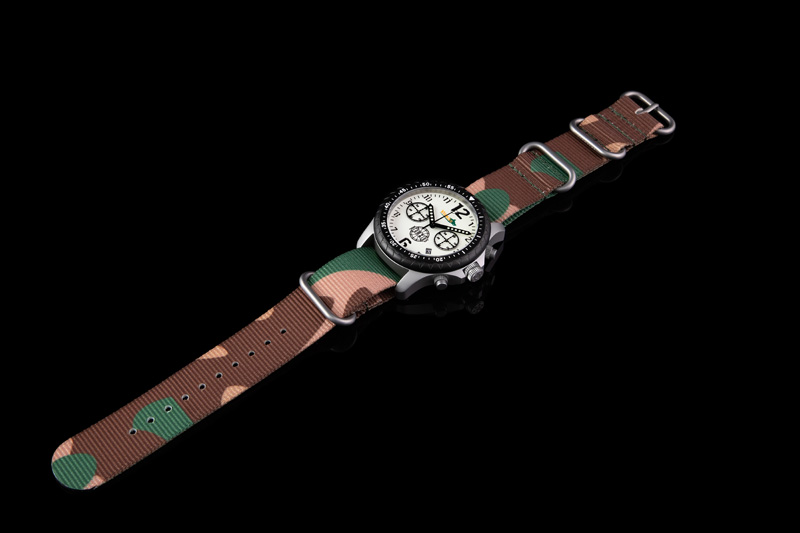 Pramzius is also dusting off a slogan from their previous brand Zavtra (now out of production) which is “Military meets elegant”. With mother of pearl and carbon fiber dials and part of the collection with an open heart, the watches add a flair that is not usually found in military watches.
The 44m watch is 10 atmospheres water resistant, power by either the Miyota 8N24 open heart movement or the 6S11 quartz chrono from Miyota as well. The dial is protected by a sapphire crystal and the case back is exhibition on the automatic version. Both casebacks are etched with custom art depicting the Iron Wolf legend, either on the 316l stainless steel or the crystal. The watch will come with a bracelet, bund strap and camo nylon. While it is not specifically a dive watch, there is a uni-directional rotating bezel. The triangular notches on the bezel are inspired by the teeth of the Iron Wolf.
Other military touches can be found in the style of the subdials and a gunsight at the end of the seconds hand on the chrono. The crown is designed to resemble a gun turret. 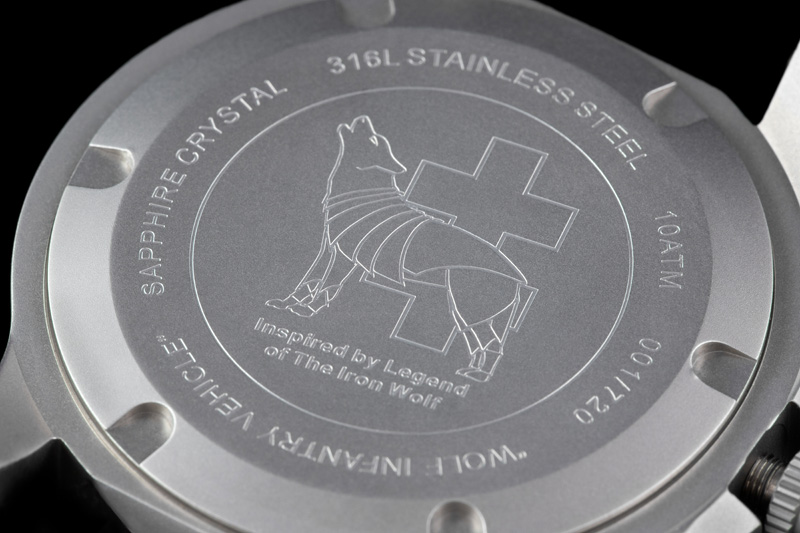 The limited edition is 720, to represent the number of years that have passed since Gediminas had his prophetic dream. The exact date is not known, so the 720 was chosen to keep the date inside the 13th century, which is the century most historians agree Vilnius was founded.
These will launch as preorders on Pramzius.com and Kickstarter sometime in June. Pricing had not been set at time of publication. 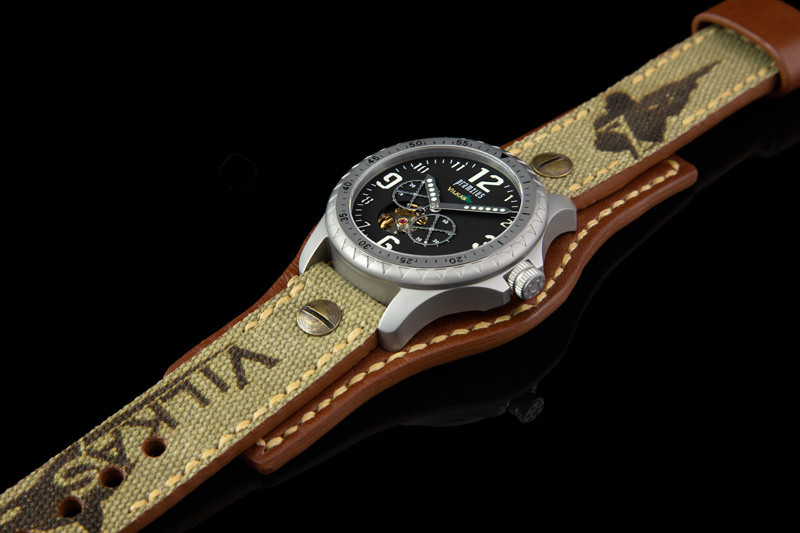