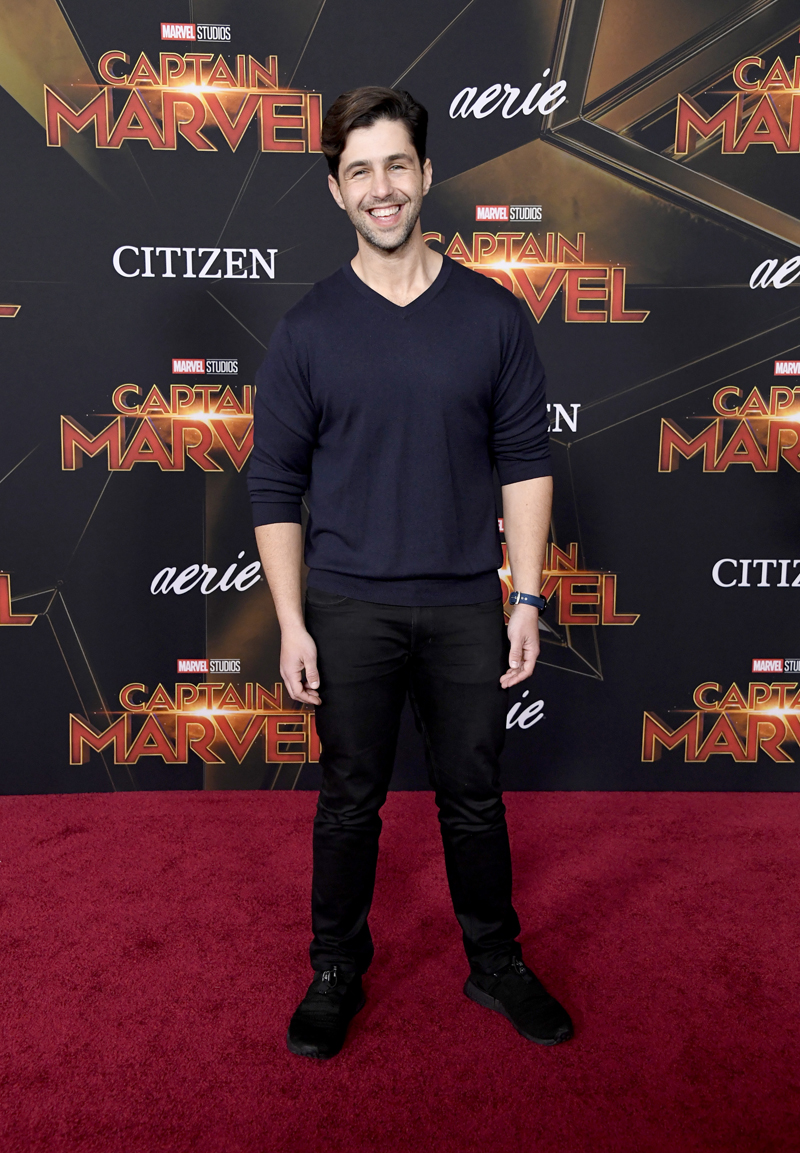 Citizen welcomed its Marvel ambassador, Josh Peck, to unveil three new Captain Marvel timepieces. Peck previously unveiled the brand’s inaugural Marvel Collection at Comic Con New York in 2018. Together with Peck, Citizen celebrated the official e-commerce launch of the entire collection, which are the first light powered watches featuring the iconic Marvel Studios’ characters.
The Captain Marvel assortment offers three distinct designs reminiscent of Captain Marvel’s iconic suit, featuring star detailing and gold piping. One model is presented with a silver dial and navy silicone strap embellished with gold and red accents on the hand and markers. Complete with the Captain Marvel emblem on the dial, the timepiece is available for $275. Another model is presented with a rich navy dial featuring a transparent star print pattern and Captain Marvel’s classic gold logo star in the center. Featured on a gold-tone mesh bracelet, this timepiece is available for $350. The third model is offered on a stainless-steel bracelet with navy dial and the iconic gold logo star detailing for $350 as well. All timepieces are finished with the bold Captain Marvel logo on the case back.
Beyond the Captain Marvel series, Citizen has also given AboutTime a glimpse into several other super hero inspired watches including iterations for the Hulk, Spiderman, and an exceptional Black Panther edition garbed in black with purple accents.
To discover more about Citizen and its ongoing collaboration with Marvel you can follow the brand as they engage in upcoming movie premieres, comic related events, through comic book advertisements, and custom Marvel digital integrations on www.citizenwatch.com. 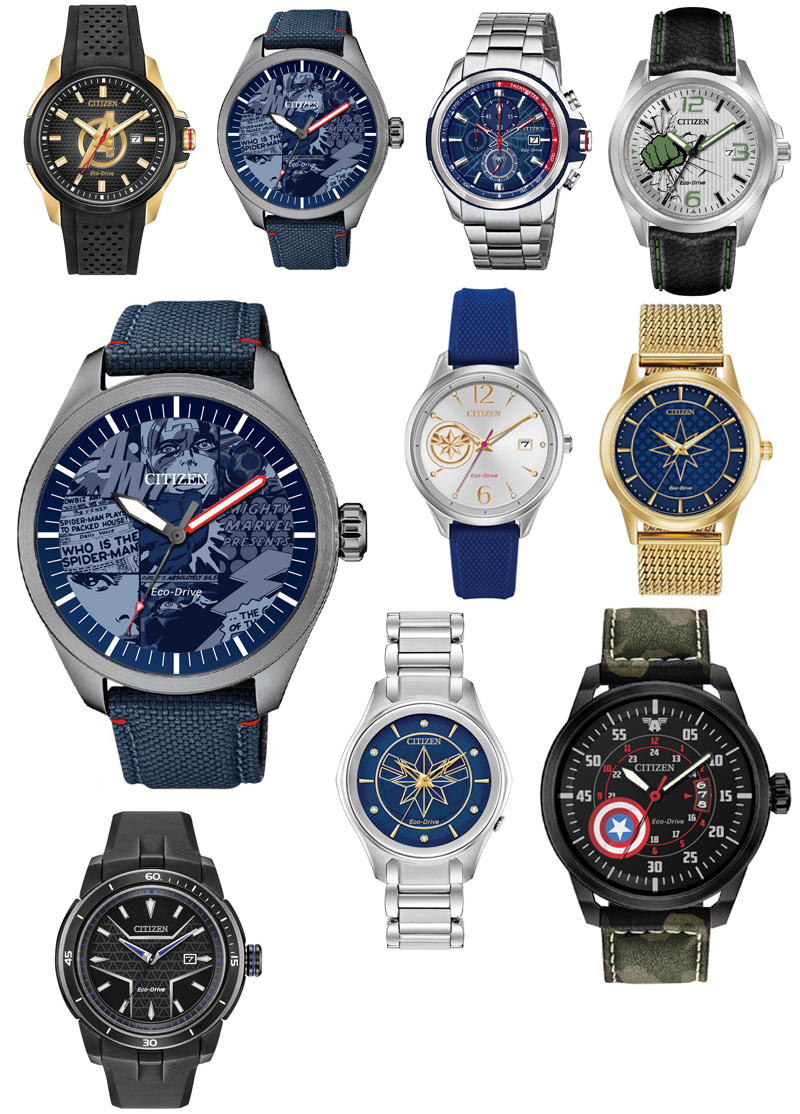